Today, I made the short walk from my home on a busy London street to the little community centre café where I like to write. It is a journey of no more than four minutes and yet today, and everyday, I saw wonders. A few days ago I found some greater celandine growing from under a fence. The bank opposite my house, beloved of local foxes and honeybees and far too steep and awkward for the council to mow, is a wonderland of green alkanet and red campion. Sometimes I find sun spurge, herb robert, common vetch. If I had gone in a different direction I know that I would have found self-heal, grape hyacinths, lesser celandines, red deadnettle. I often hear people, especially in London, say that they are sad not to live somewhere with more 'nature' and that they are looking forward to getting away to the countryside. I say that these people aren't really looking. Maybe when we are warned not to step on the cracks in the pavement it is a really a nudge to remember to look down at our feet where there is magic to be found. So, this is just a little mini-blog to share some pavement wonders.

Today, just outside my door, I found...

A baby nettle, which I was very excited to see as I have never noticed one in the garden before. A new green companion has come to visit! 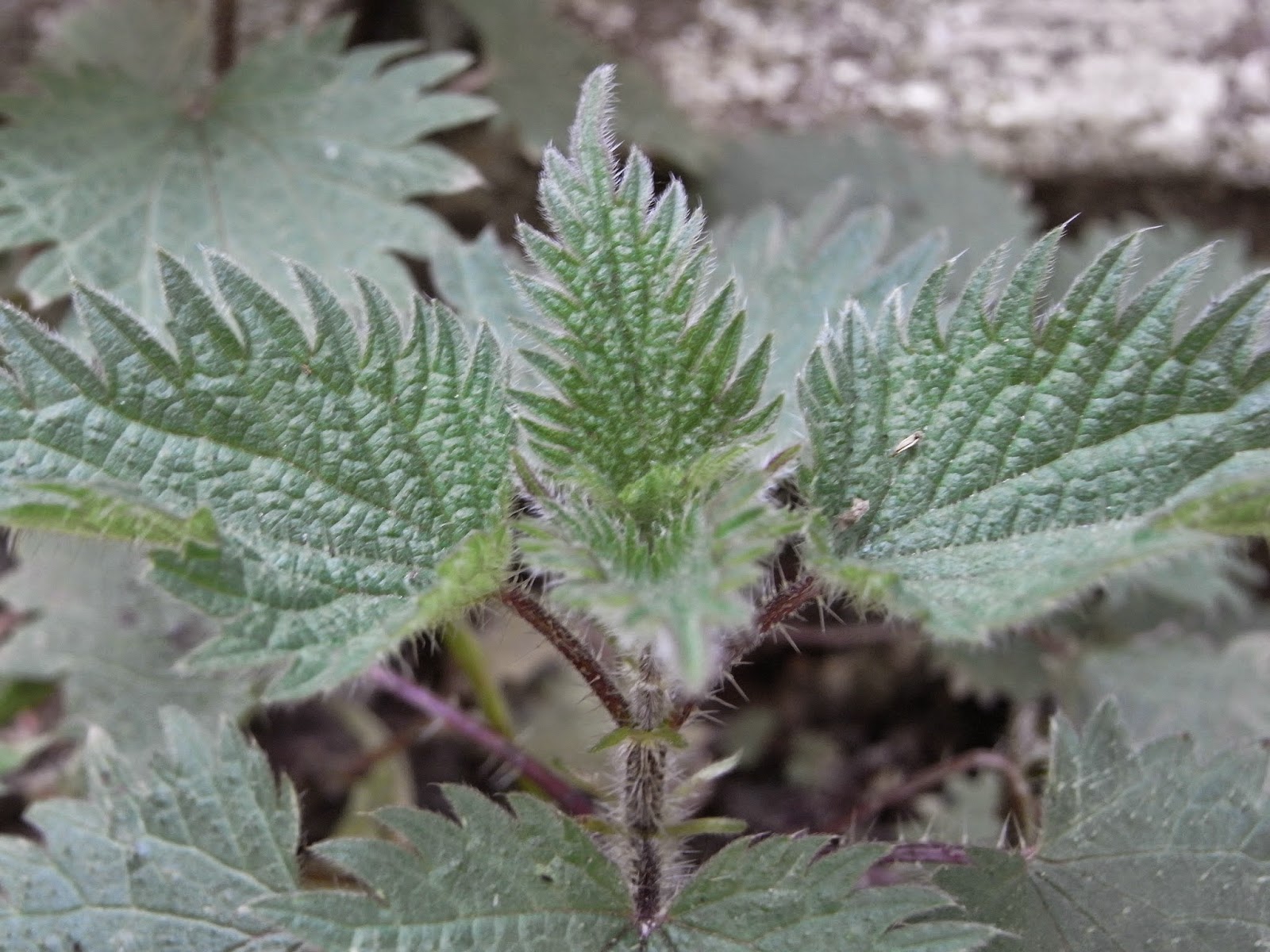 Spanish bluebells, wildly in flower and smelling of honey; controversial to some but beautiful to me and a perfect reminder of home. When I first came to see this house bluebells were flowering in the garden so their appearance always reminds me of that day. Today, they were being visited by honeybees. 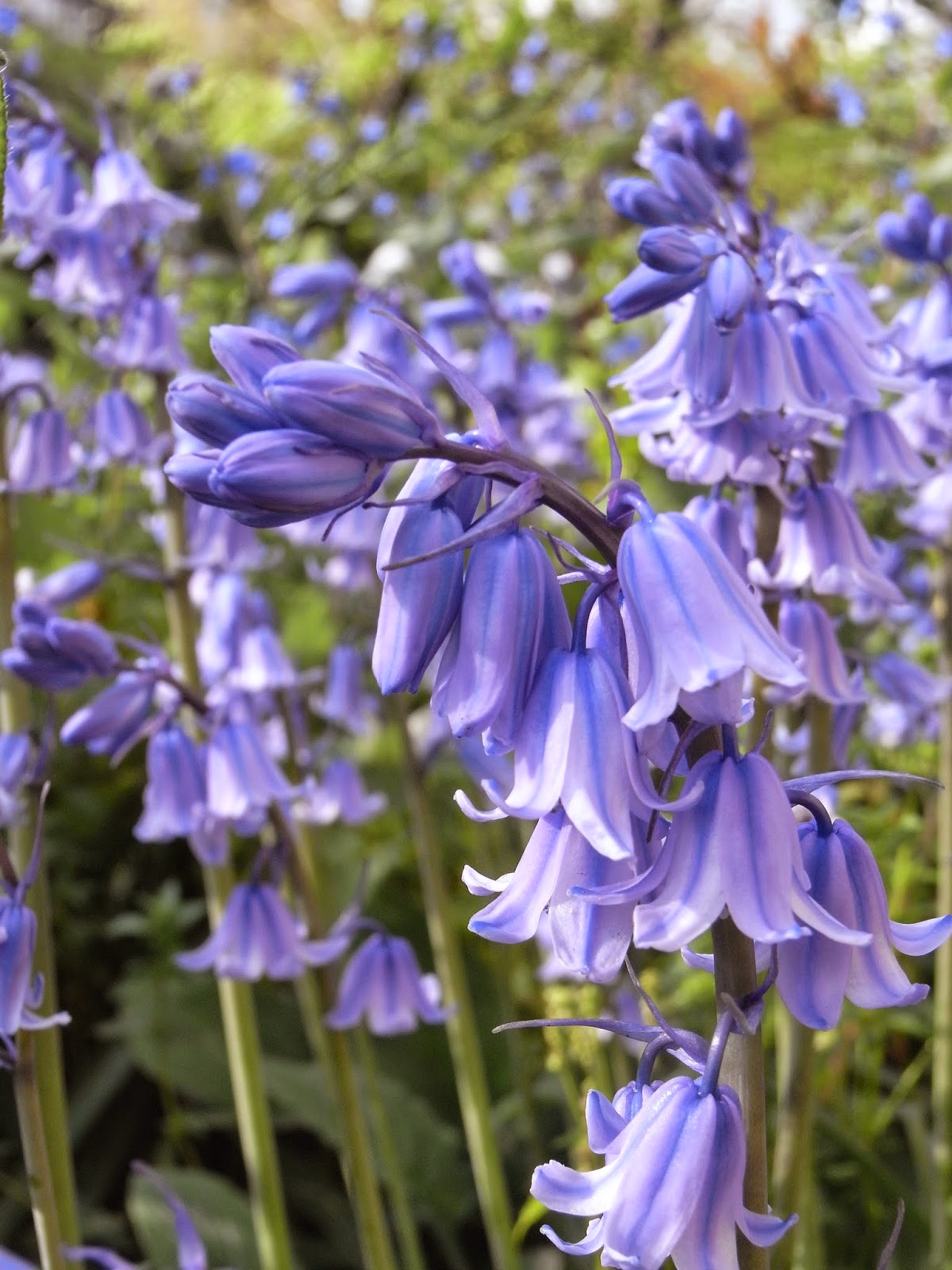 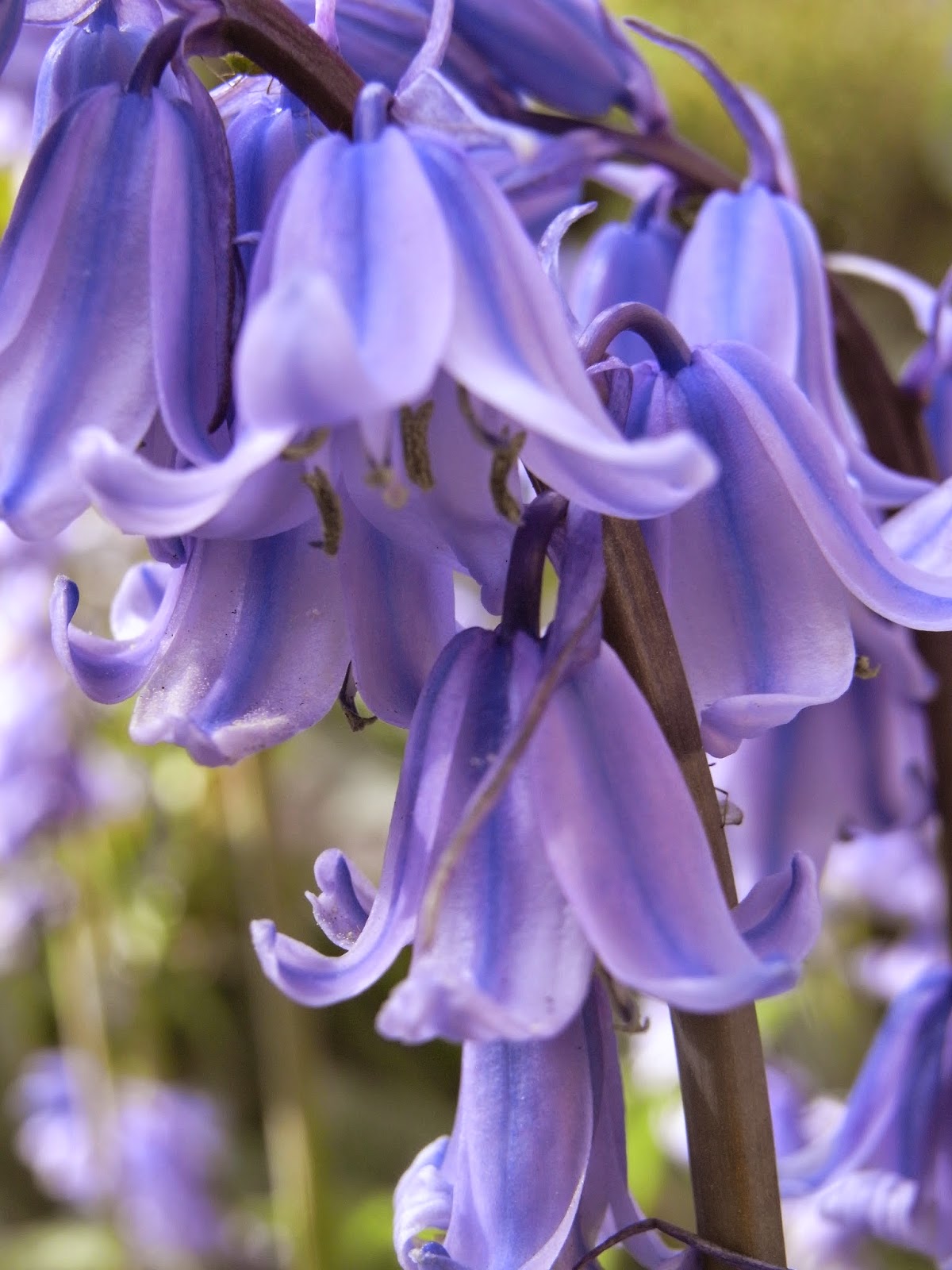 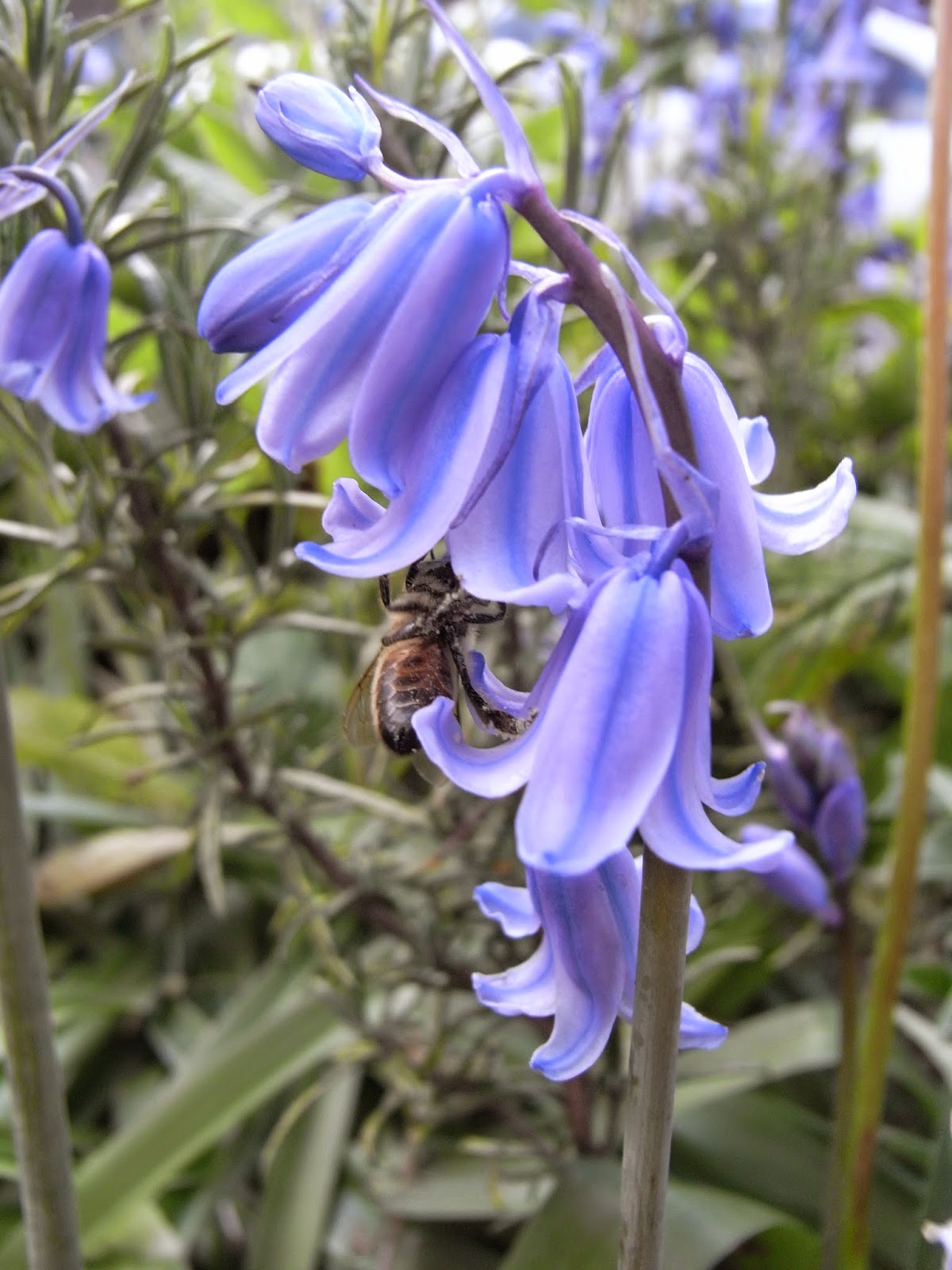 Just now this tiny front garden, which is allowed to just do its thing, is a mass of bluebells, white deadnettle, goose grass, green alkanet, dandelions, and this French lavender, which I spotted had just come into flower. 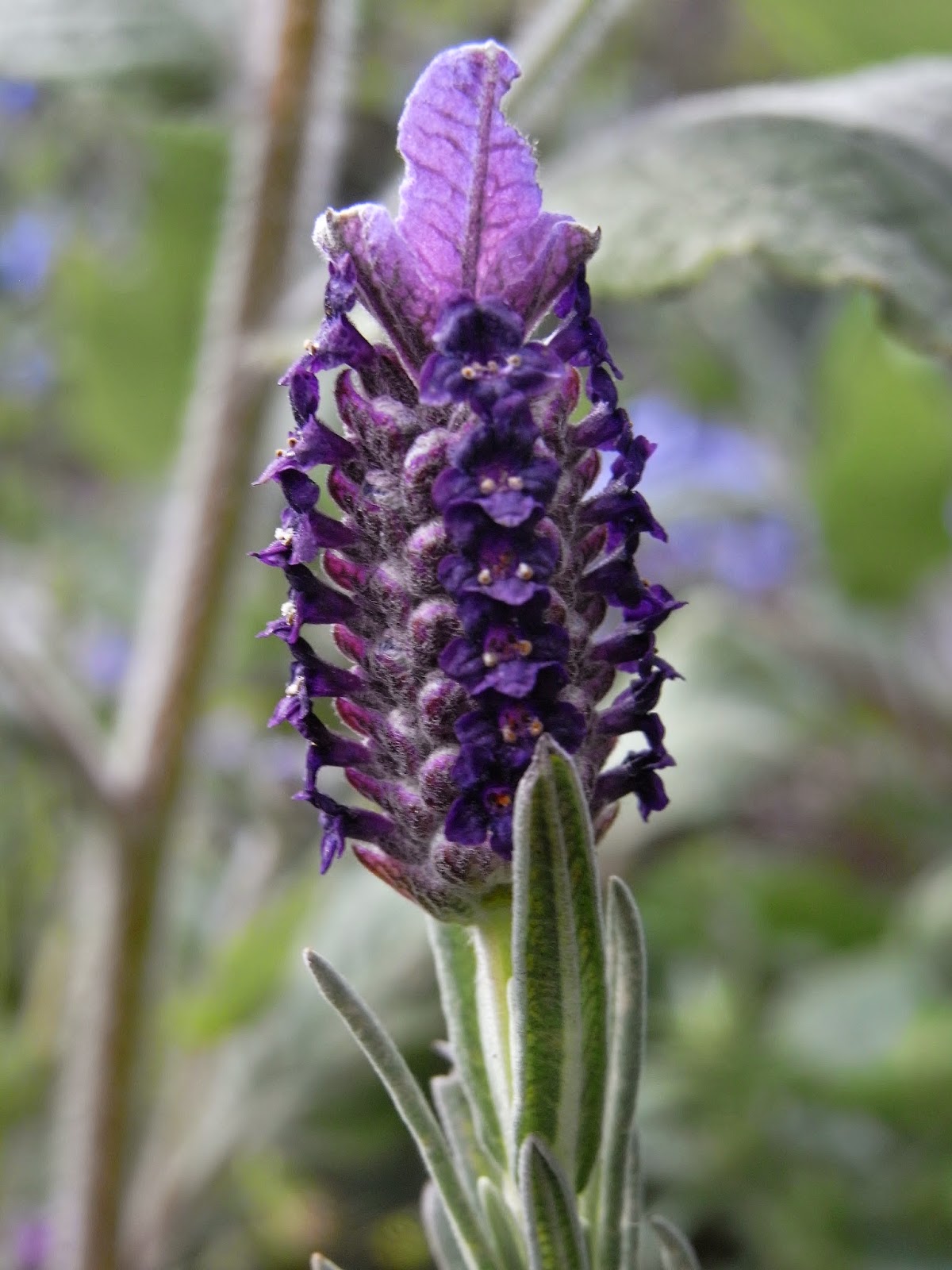 I planted this at a time when the garden was particularly healing to me and its thriving is a little message of hope. Somewhere in the riot of green there are also rosemary, mint, and the tiniest of strawberries.

Crossing the road, I came across some shepherd's purse growing by the fence. 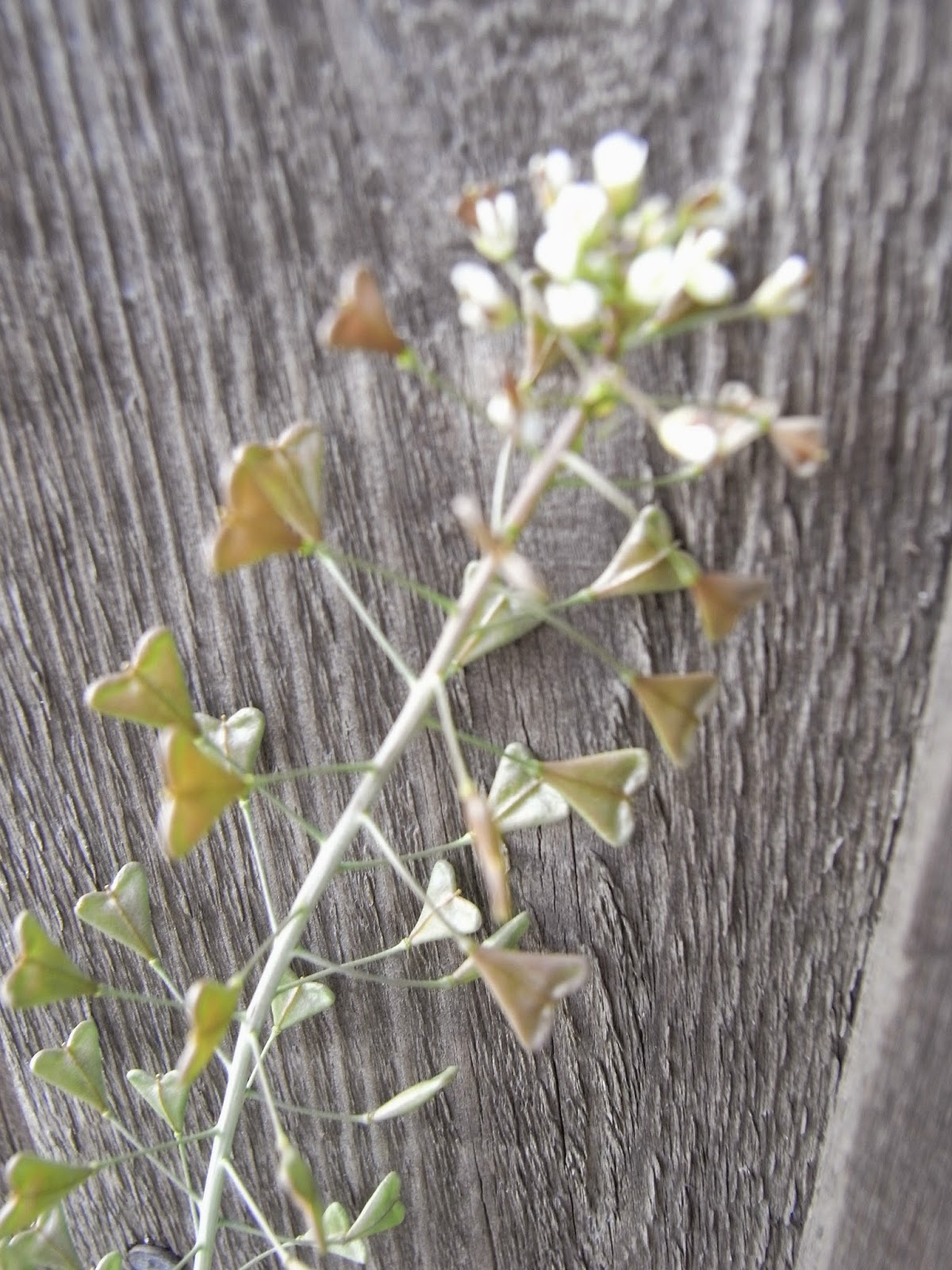 This little plant can be found almost anywhere. Other folknames for its small self are witches' pouches, poverty weed, mother's heart, and poor man's pharmacy. A member of the mustard family, its tiny heart-shaped seed pods can be used as a sort of 'wild pepper' when ripe. It is also a strong astringent and, in the First World War, it was used to combat internal and external bleeding. In keeping with this theme, it was used preventively as a protective charm against bleeding. Additionally, the seeds were worn as amulets by teething children and it was said that eating the first three shepherd's purse plants one saw would protect against diseases for the rest of the year. Powerful for such a tiny, and often overlooked, plant!

Next, I found a horse chestnut tree in flower. It amazes me that, no sooner have their tender leaves unfurled (reminding me of a baby bird just emerged from an egg or a butterfly from a chrysalis), than they suddenly send up a mass of candle-flame flower spikes! It is only in the last few years that I have realised just how beautiful the flowers are; a reminder to look carefully even at the seemingly familiar. 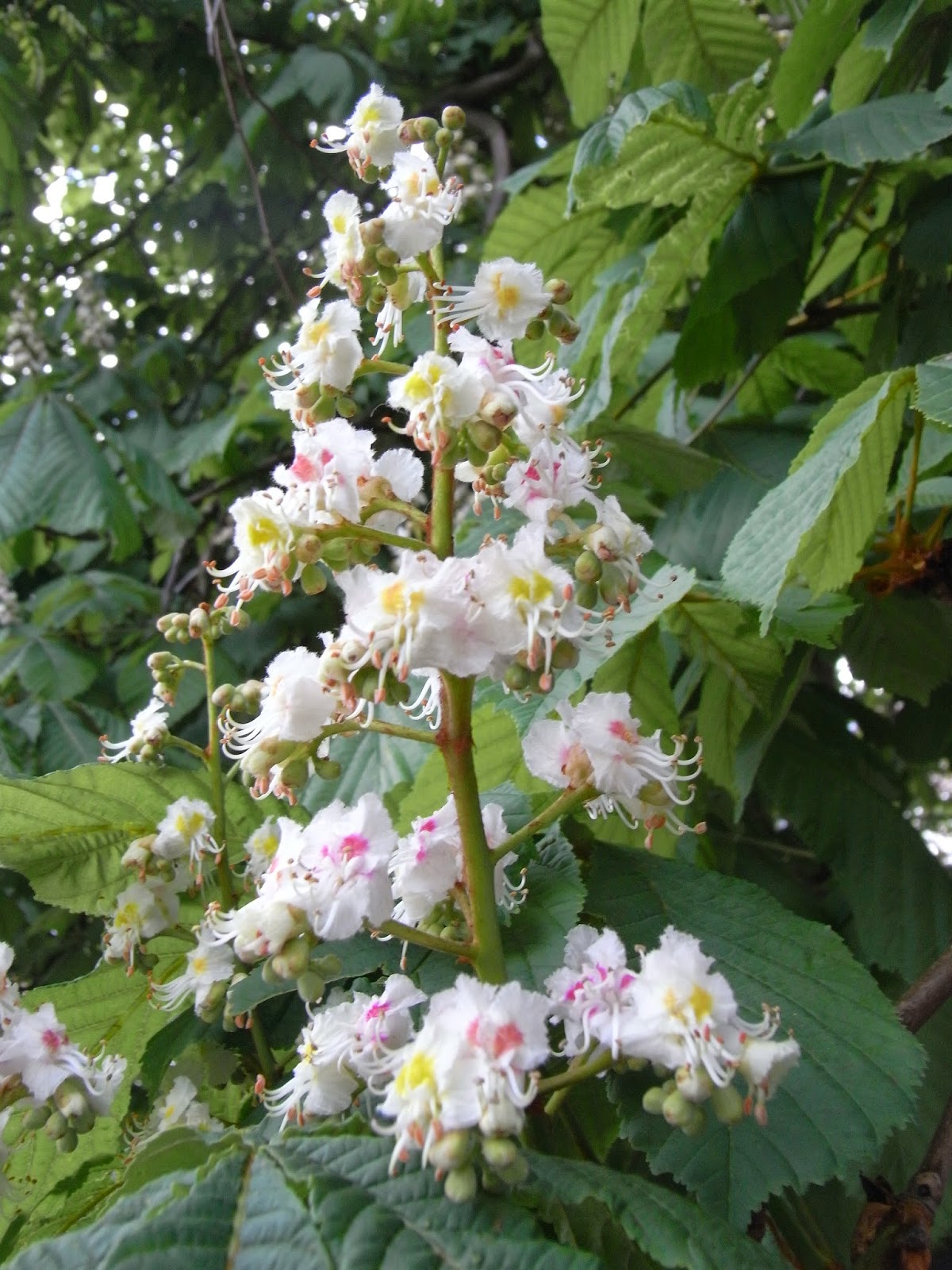 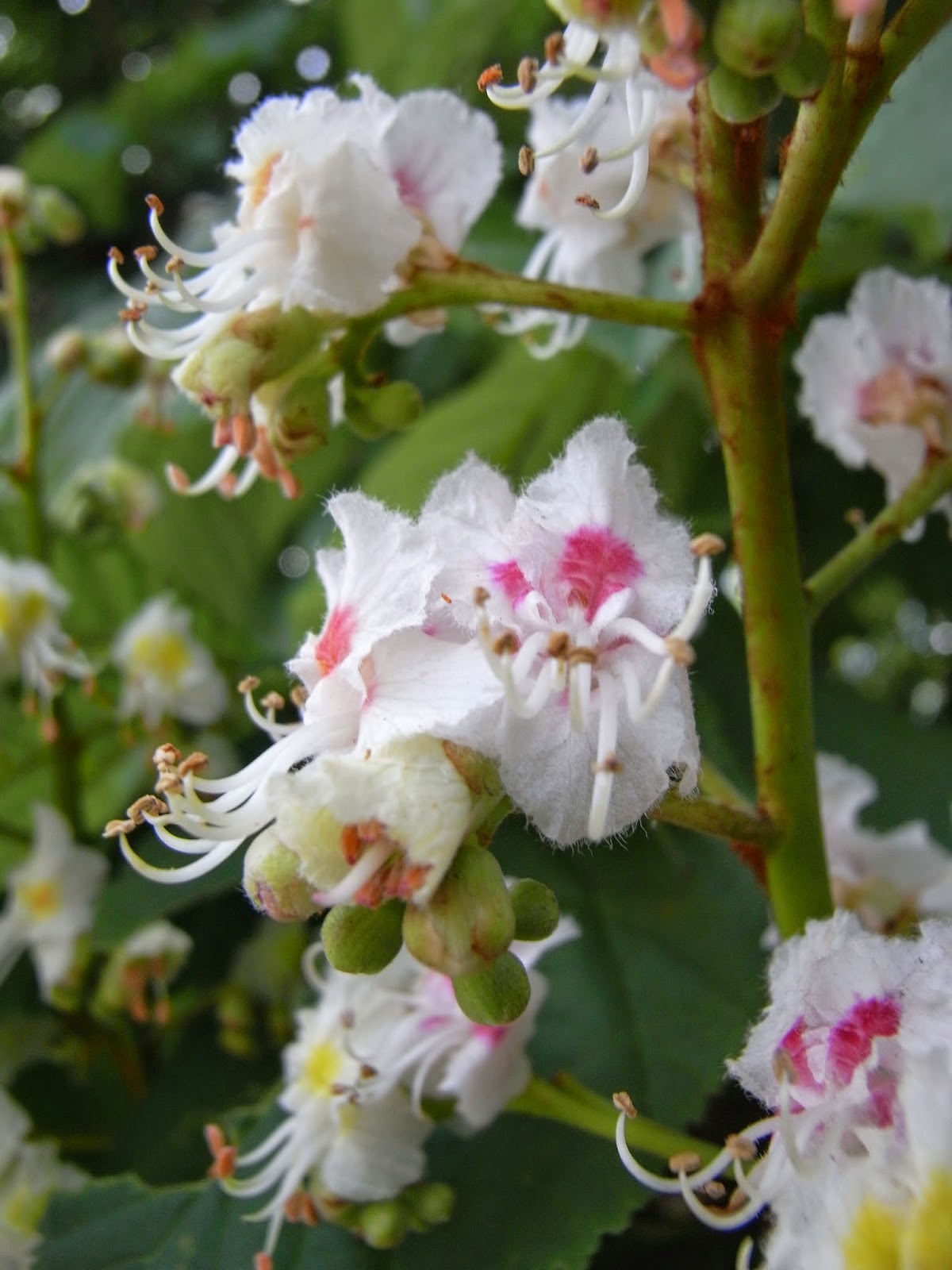 And so, four minutes later, I reached my destination and went for a stroll in the garden before settling down to write. I spent some time watching a mistle thrush with the sun on my face before finding...

May blossom; perfect for Beltane eve! I buried my face in the pale flowers and breathed them in. 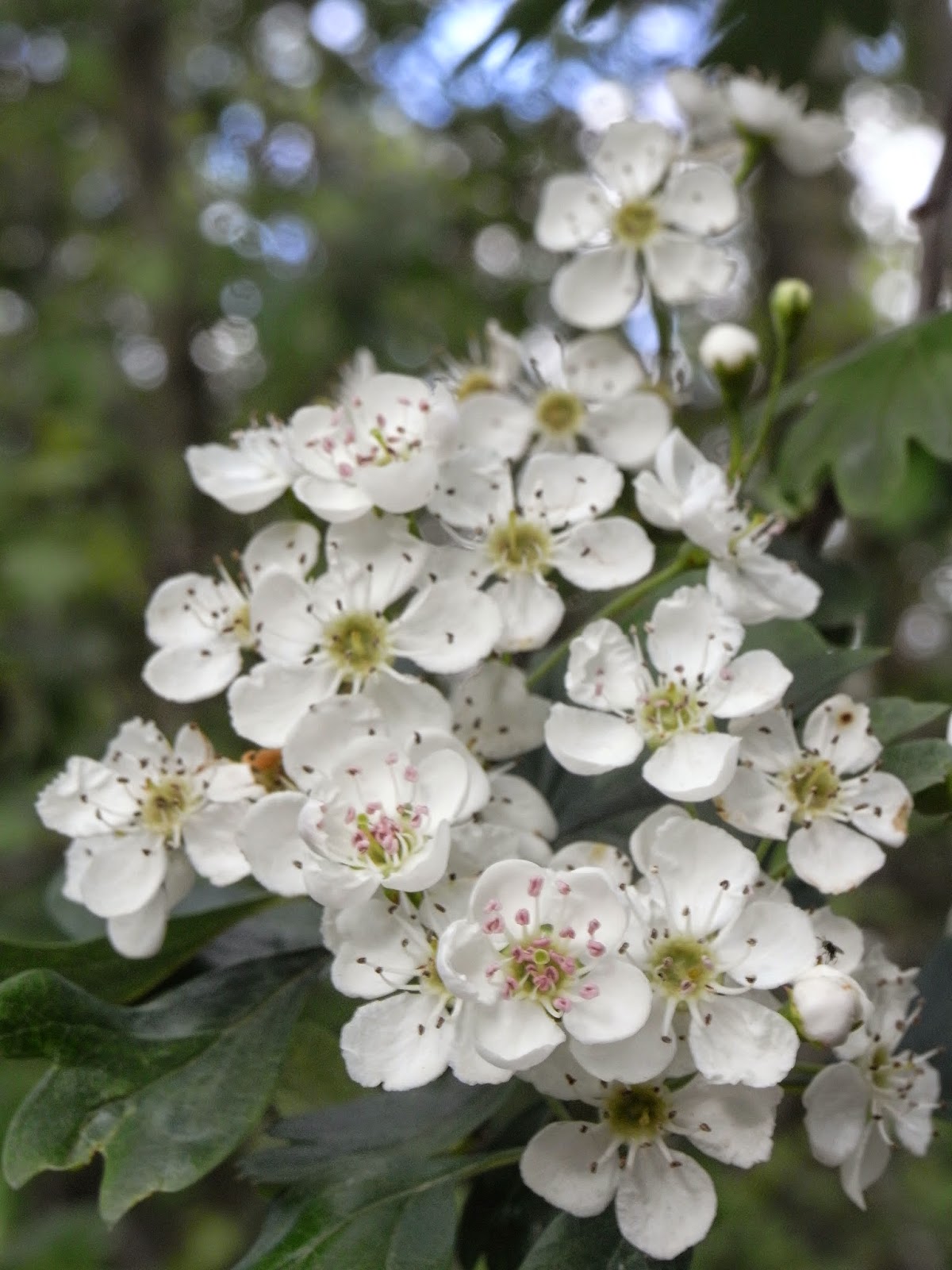 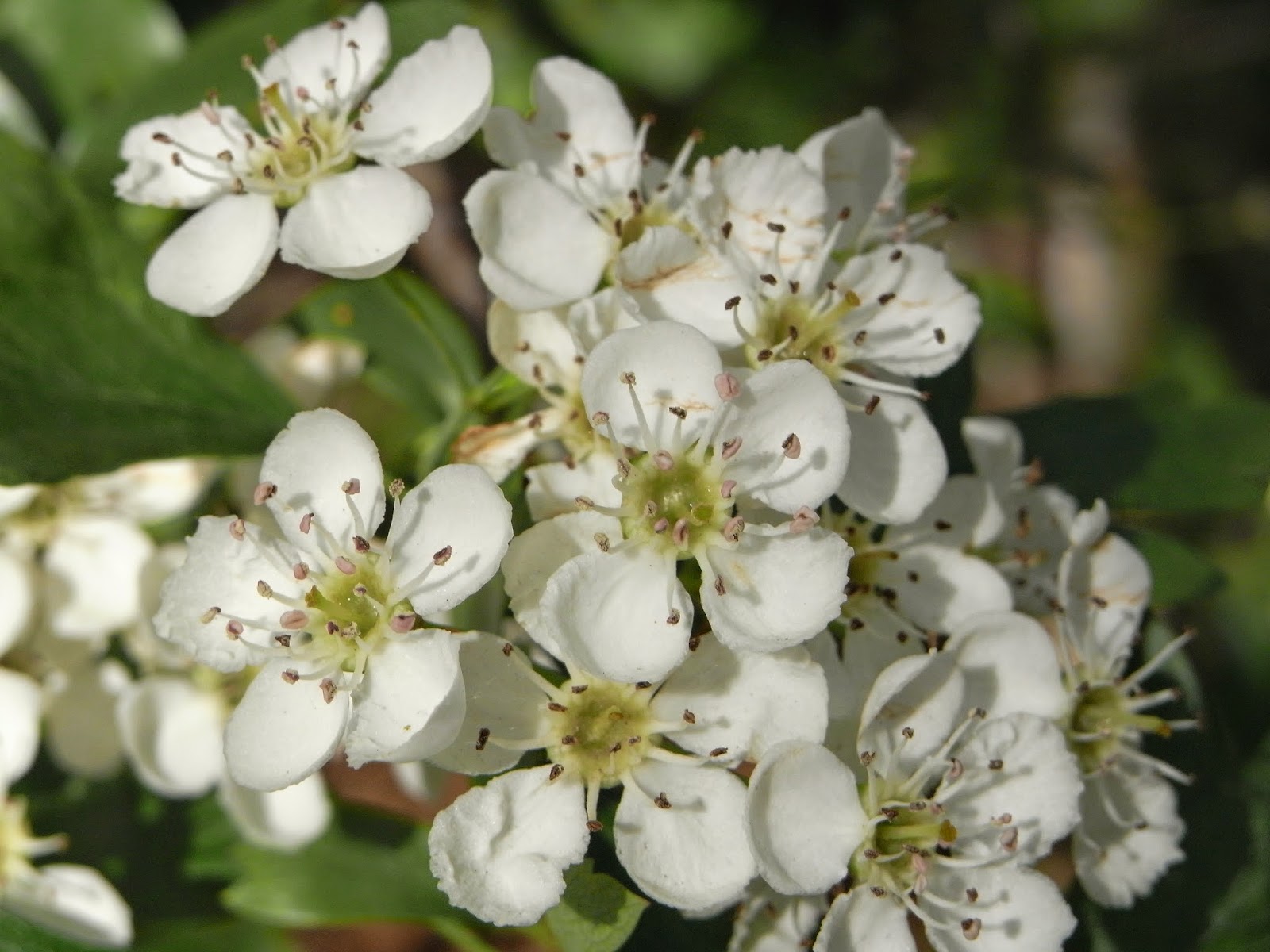 I walked through a gateway of sunlit green... 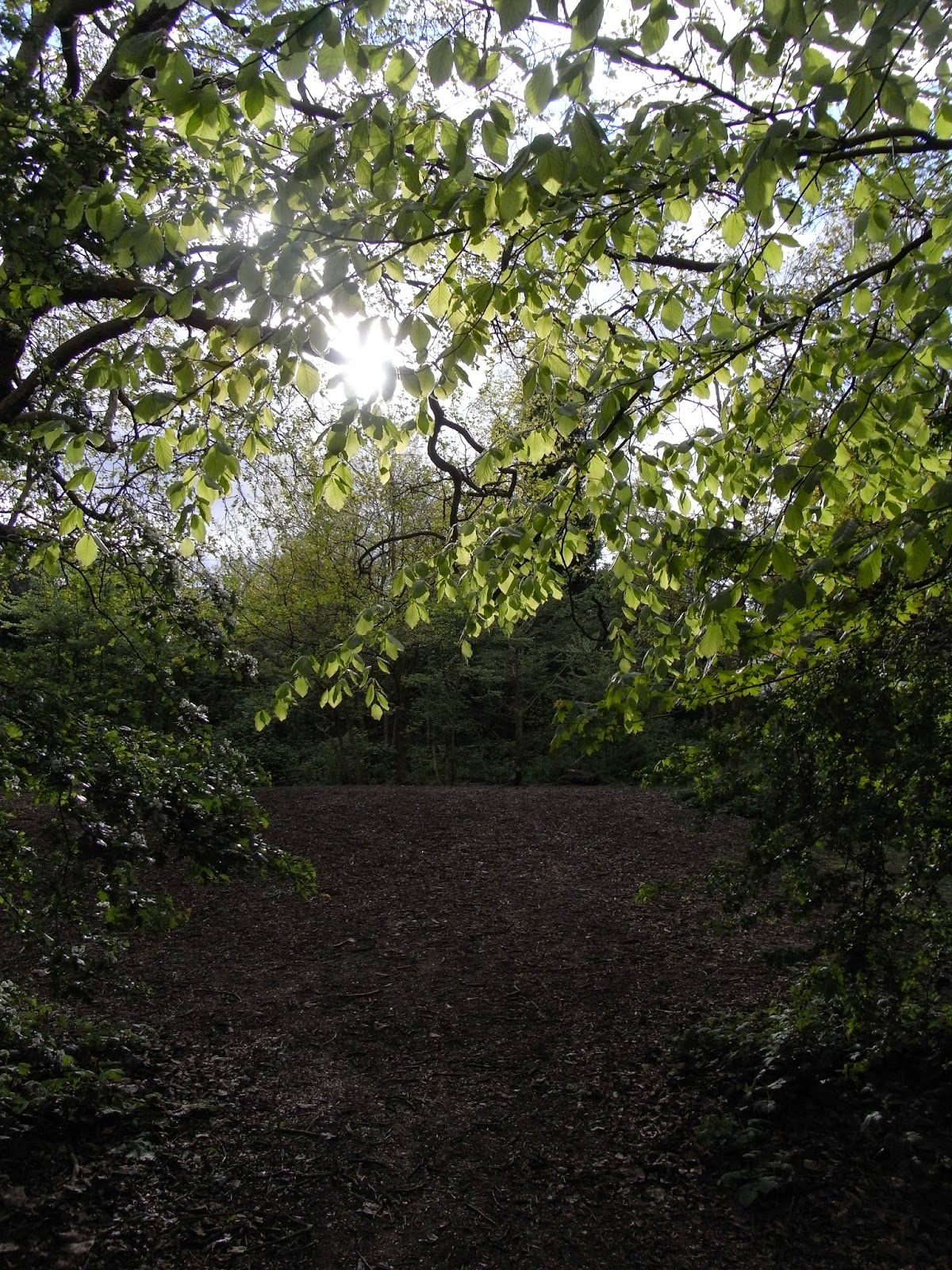 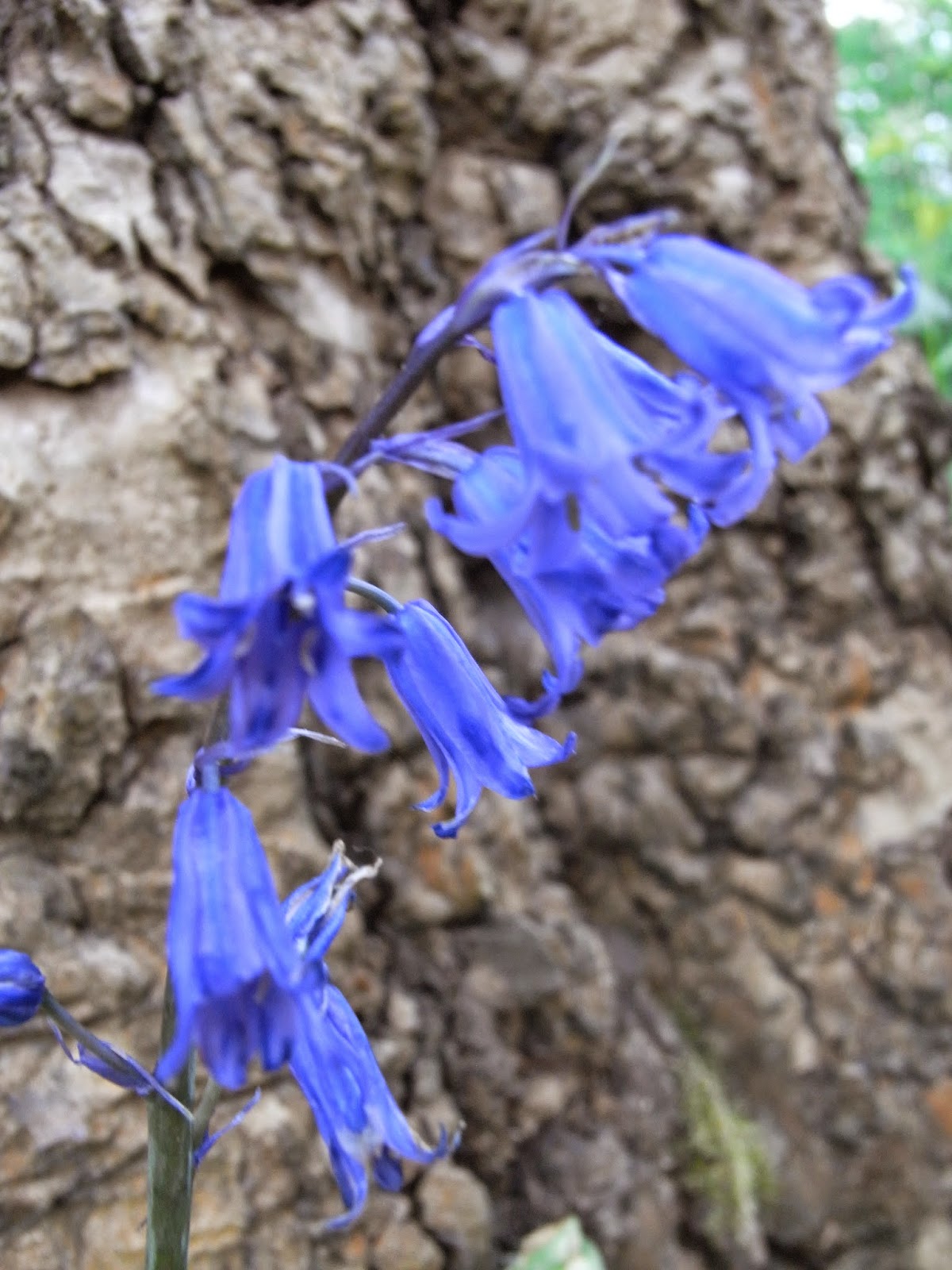 'Nearby Wild' is an evocative and wonderful phrase, which I have to admit to having 'borrowed' from the lovely people at http://nearbywild.org.uk/, who are encouraging us all to plant 'mini meadows' and notice the nature all around us in our local areas. Please visit their new website for inspiration and to give them some support.
Posted by Jacqueline Durban at 19:49