Hedgerow/Hedgetemple - Blogging from A to Z 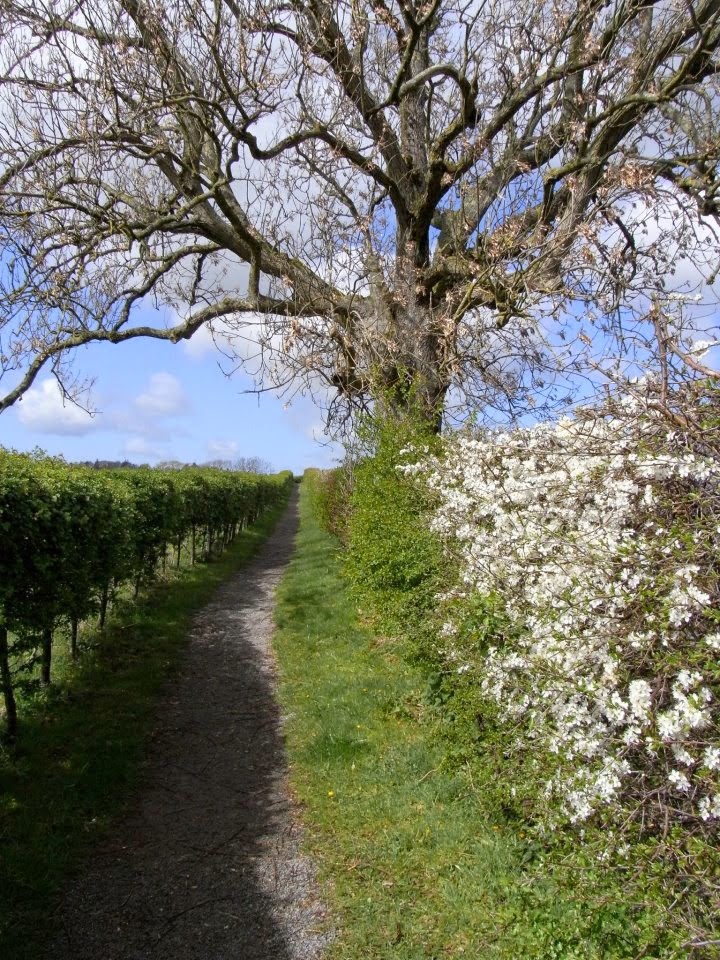 Some may have noticed that I haven't written anything on my blog for some time; it has been a deep journey through the dark months and, once I have tasted winter on my tongue part of me goes to a place that doesn't have the words for much. But now it is spring and the empty pages of what~could~be~written are calling, sometimes even shouting. And so, to get the words flowing again, I have signed up for the 'Bloggingfrom A to Z Challenge'. The challenge is now in its sixth year and the idea is to write something every day, except Sundays, for the whole of April. This means twenty-six posts, one for each letter of the alphabet.

Most participants on the challenge also choose a theme and, this year, I have chosen as my theme 'Hedgerow/Hedgetemple'; two words that make me vibrate with a sort of nameless pleasure so I thought that this would be a good excuse to explore what those words mean to me. Without sharing too much now, I will say that I have always had a fascination for the 'edge places', those places that can't be defined as one thing or another; the marshes, the fens, the shoreline, the riverbank, and always the hedgerow. Certainly hedgerows are planted by humankind as markers but they become places of such rich biodiversity and mystery that it is hard to define them at all, standing as they do on the boundary of the tamed and the wild. Maybe too they allow something of the untamed that was enclosed when we began farming in the Neolithic 4,000 to 6,000 years ago to thrive again, even in a small way.

The hedgetemple, is similarly hard to define and is more a sense of 'beingness' than a defined thing or place, an attempt to allow a sense of belonging between people on diverse spiritual paths but who share a love and reverence for all that is wild and green and who reject the constraints of more organised groups and religions. I can only say that, for me, the word itself, and my exploration of what it means to me, has been a deep healing.

I have no intention of attempting to define or pin down what the words hedgerow and hedgetemple mean in the days to come and, at this moment, I have little idea of what will be written but I hope and expect that there will be wonders; that a leaf might be lifted, a little hollow peered into, or an edge revealed, to allow just a little bit of magic to shine through. To the hedge!

Tomorrow, I will begin with A is for Activism, Apples, and Afallon...

Posted by Jacqueline Durban at 15:54

Email ThisBlogThis!Share to TwitterShare to FacebookShare to Pinterest
Labels: A to Z Challenge, hedgerow, hedgetemple