I have been away over the weekend and so I am a little late with my posts for days 8 and 9 of Celtic Advent, but my journey was so full of the Wild Goose Spirit that lateness feels like a small price to pay. And that is because 23rd November 2019 was the 23rd Goose Night at Crossbones Graveyard.

In Southwark, close to London Bridge station in one of the oldest, dirtiest, and poorest, parts of London, an extraordinary thing has happened. Where once there was only bare concrete a wild garden has bloomed, its roots threaded through the bones of the outcast dead. This is the Crossbones Graveyard, once known as the Single Women's churchyard. Here, in this most sacred earth, lie the bodies of sex workers and paupers, who were either refused, or too poor to be granted, burial in consecrated ground. From at least the 14th Century until 1853, when the graveyard was closed having become 'overcharged with dead', an estimated 15,000 people, many of whom were babies & children, were buried there in unmarked graves.

It is an irony indeed that the medieval sex workers buried there were licenced by the Bishop of Winchester, under an ordinance signed by Thomas Becket in 1161, to work in the stews, or brothels, of Bankside's Liberty of the Clink. These women became known as the 'Winchester Geese' & enjoyed a measure of protection from the bishop, who owned the land, whilst alive but were denied Christian burial at the end. The most brutal of judgements on women from whom the church had benefitted financially. 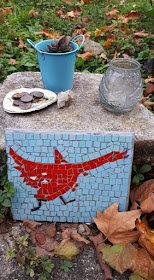 Having been closed, the graveyard was forgotten until the ground was disturbed by the building of an electricity substation for the Jubilee Line extension in the 1990s. This was when the bones of the outcast dead began to return to the surface of both land & memory. It was at this time that the lost history of the graveyard also returned in the visionary work of John Constable, revealed by the Goose to John's alter-ego, urban shaman John Crow, on the night of 23rd November, 1996.

A ritual drama, The Halloween of Crossbones, based on John's book, 'The Southwark Mysteries', and ending with a candlelit procession to the gates of the Crossbones people's shrine, was performed every year from 1998 to 2010. Since 23rd June 2004, a vigil to renew the shrine & to honour the outcast, dead & living, has been held at the gates every 23rd of the month at 7pm. Each November, in honour of the anniversary of the Goose's appearance to John Crow, the vigil is known as 'Goose Night'. You may wonder who 'The Goose' might be but the answer will perhaps be different for each person who stands at the gates; a muse, the spirit of a medieval sex worker, the Goddess incarnate. She is all these things & so much more.

"Oh, you don't know me yet, dear.
You will dear I promise you.
I am a tricksy tart.
My aim is to astonish you!"

(from 'The Southwark Mysteries' by John Constable)

And so, last night, we gathered once more in good company for Goose Night on the 23rd anniversary of her first meeting with John Crow. Black Swan border morris danced for us, John performed the 'Book of the Goose', and Frank Turner sang his song inspired by Crossbones, 'The Graveyard of the Outcast Dead'. How far her wild wings have taken us!


And, most tenderly and touchingly, after 186 consecutive monthly vigils, this was the last one to be personally conducted by John Crow. From now on a 'magical collective' will take the vigils into the future. Crossbones has always been about more than one person, and yet John Crow, and his 'ground control', Katy Kaos, have been fierce protectors of, & advocates for, the dead who had no voices; an extraordinary act of devotion. A completion. 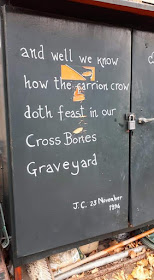 And, what of Crossbones, her dead, and her wild garden? The people's shrine, hung with ribbons and other offerings, has been in existence for many years, and we have stood beside them imagining a garden as a permanent memorial to the Outcast Dead, sung to the greenman & to the spirits of the future children who might play there, perhaps never quite daring to believe that it would happen. The site belongs to Transport for London and is worth millions to developers. How could a tiny group of strange, raggle taggle, edge people, singing by some rusty iron gates to the spirits of medieval sex workers and the poorest of the poor, ever hope to stand up to that? 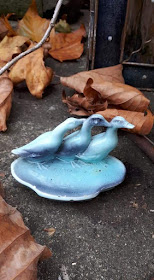 And yet, slowly, slowly, over many years, Crossbones began to appear on official maps, Southwark Council placed planters trailing ivy on the gates, a plaque was attached informing passers by that;

'This is the Crossbones Graveyard. In medieval times this was an unconsecrated graveyard for prostitutes or 'Winchester Geese'. By the 18th Century it had become a paupers' burial ground, which closed in 1853. Here, local people have created a memorial shrine. The Outcast Dead R.I.P'.

Even that is extraordinary but, behind the gates, something truly astonishing was happening. A security guard, living on site in a caravan had begun to create a guerilla garden from building rubble & findings, decorated with oyster shells, once the food of the poor, discovered there. And it was beautiful. 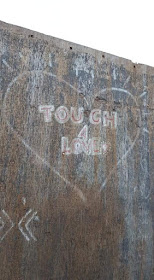 Then, slowly, slowly, Transport for London offered to lease the land for three years so that a 'meanwhile garden' could be created on site. It has been there for five. Hawthorn, crab apples, borage, pink yarrow, mugwort, foxgloves, mistletoe, hollyhocks, toadflax, and thyme, grow there. Dragonflies, honeybees, bright-eyed mice, and tiny, fierce wrens, make it their home. A meadow of flowers has bloomed on the bones of the Outcast Dead. And, in the summer, children play there, just as we inagined it.

I often ponder on what the geese would think if they came by. I wonder if any of them ever saw anything so beautiful. They certainly couldn't ever have imagined that it would all be there for them. 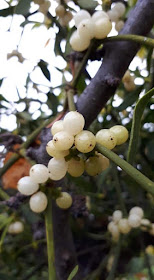 One day several years ago, a few of us were standing at the gates and a homeless man walked by. He asked why we were there and we explained who was buried there and that many people were working hard for them to be brought back to memory and honoured, for who they were and who they might have been. And he replied, "but they were just like me!", and then he cried, and we all cried, and then we hugged. Crossbones offers healing in all worlds, especially in the lost, lonely places of our raw and ragged world.

And each year, on Mary Magdalene's Feast Day, the Dean & clergy of Southwark Cathedral come in procession to perform a 'Service of Regret' for the way in which the Church treated the dead of Crossbones. We might stop and read those words a few times, reflect on them, let it sink into our own bones how astonishing that is.

Often I think that the spirits there have healed us much more than we have ever healed them, or the holy earth they lie in. I hope that the Church has found some forgiveness and been offered grace. This is a mending and a medicine for us all, much sweeter than honey, more precious than gold.

I share this for Celtic Advent because, for me, Crossbones, my favourite place on earth, offers incredible hope that the extraordinary, the unimaginable can happen when the Spirit of the Wild Goose is allowed to do her work, to spread her wings, to fly free. 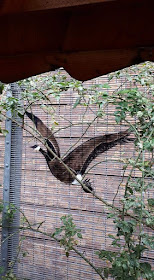 Here is Mary's revolutionary Magnificat made real, no longer a call to what might be, but a praise song to what is. On a grey side street in Southwark the rich have been sent away empty and the poor filled with good things.

If that can happen at Crossbones, have hope that ANYTHING can change. 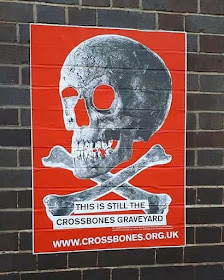 For more on Crossbones Graveyard visit www.crossbones.org.uk, or
https://linktr.ee/crossbonesgraveyard, where you can also sign a petition to protect the graveyard for future generations.